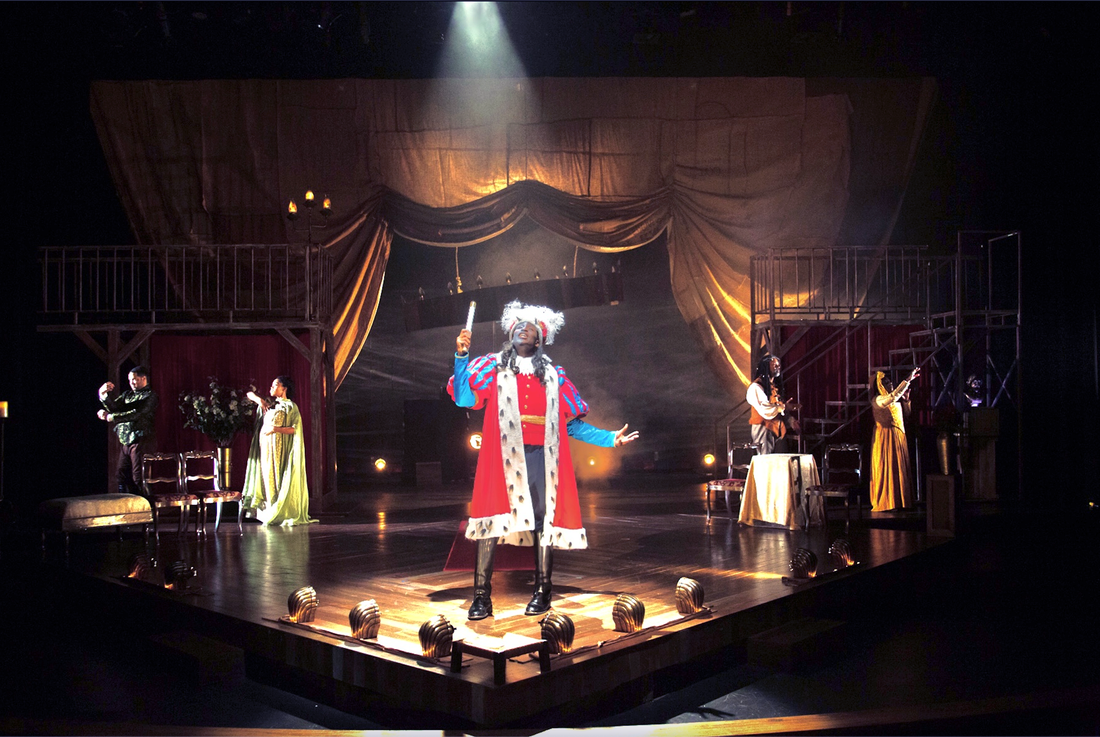 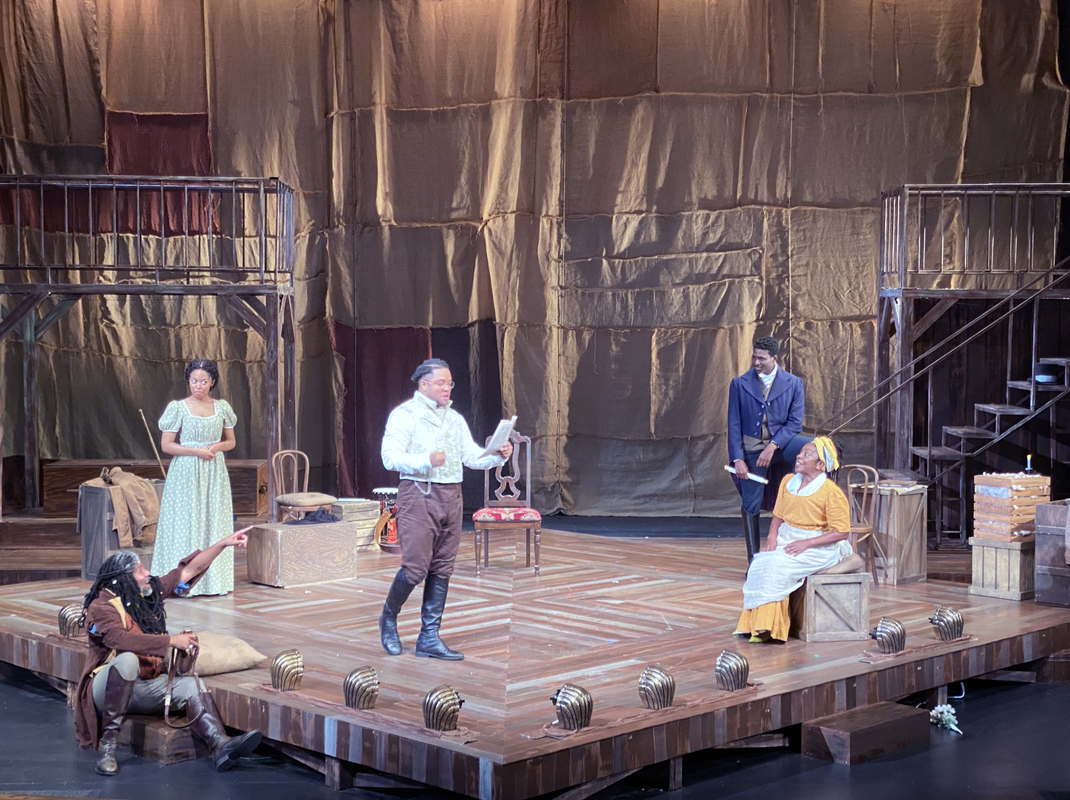 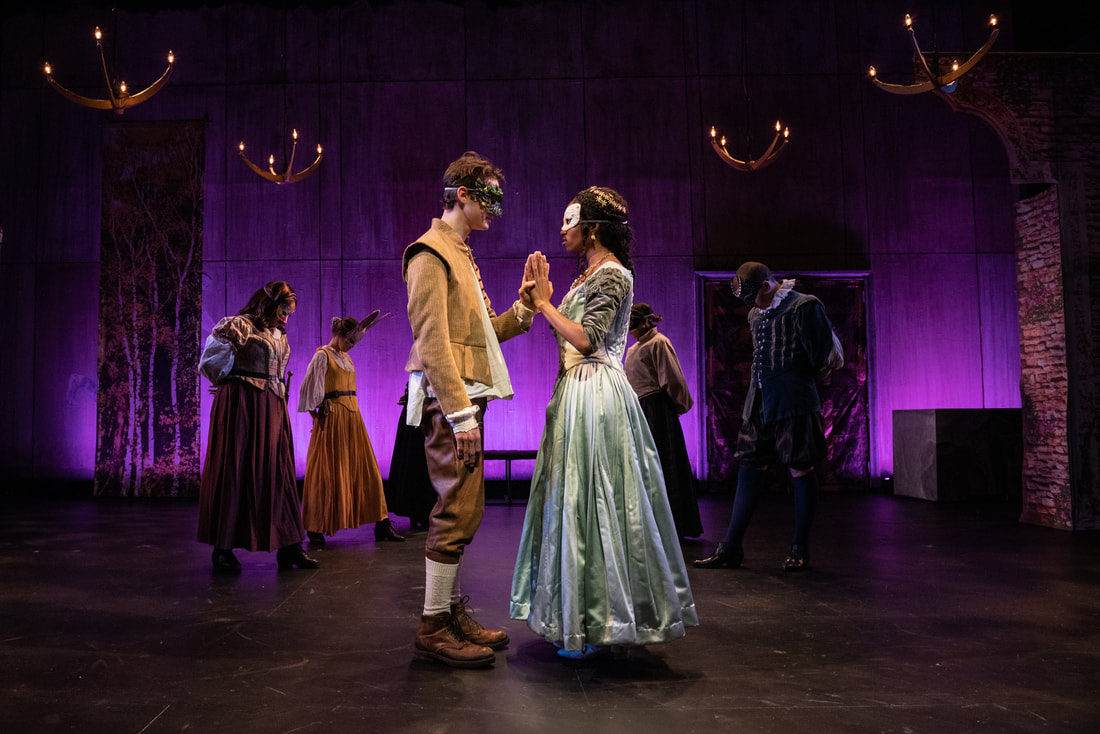 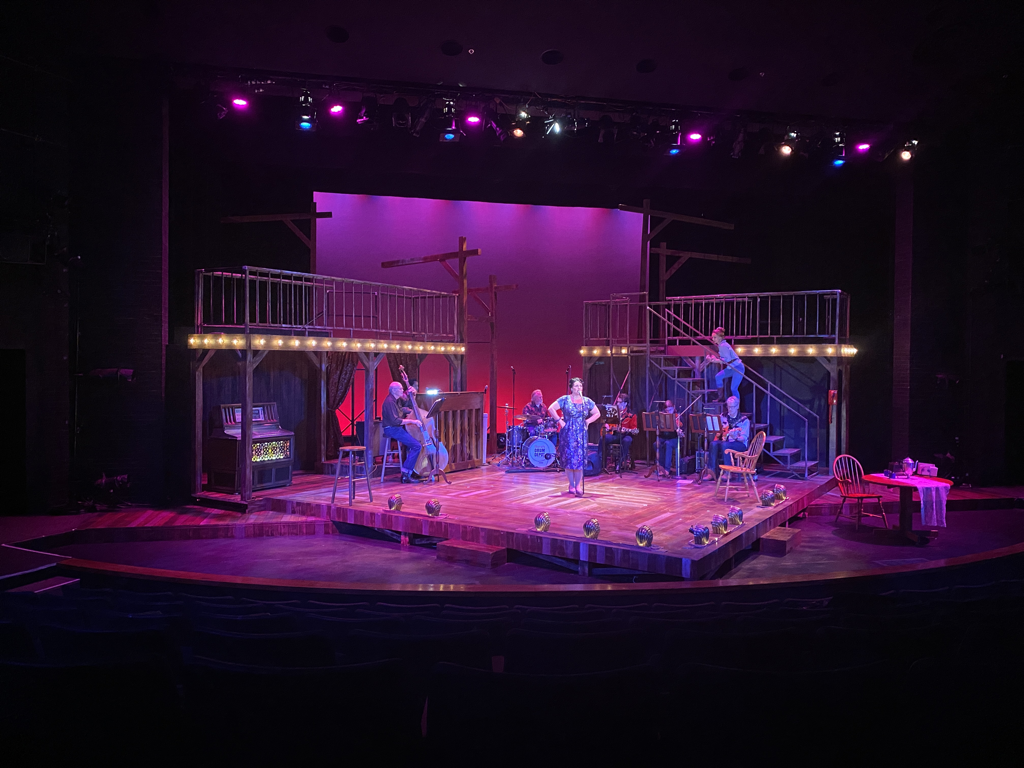 Mary Stuart
Lee Strasberg/NYU - New York, NY
When using proscenium style, I love justifying the separation between stage and audience, with that in mind I was inspired in museums and museum exhibits. With this being a theatre piece based in history, the Director and  I were interested in how history is portrayed and biased, we were also interested in how together as an audience can judge a figure or story, and emphasize  how women in positions of power are placed in a pedestal and judged with a higher standard. The commonalties between a stage and a museum display were interesting for me to explore.
Directed by: Nicholas Polonio ; Scenic Design by: Rodrigo Escalante; Costumes by: Keyon Woods; Lighting Design by: Erin MacDevitt ; Sound Design by: Chelsea Daniels. 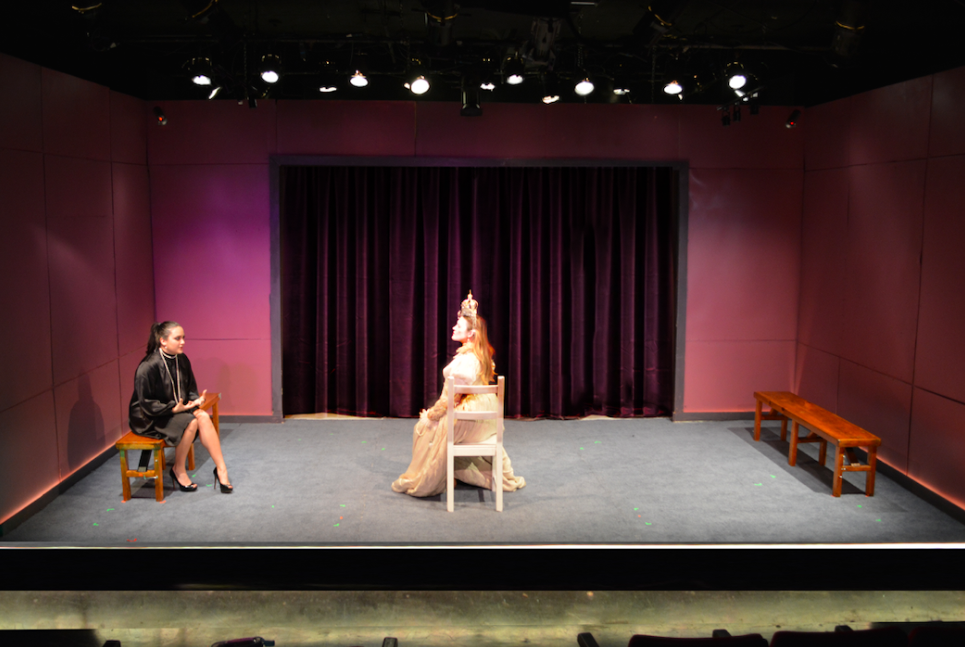 Production Photo.
Fruma-Sarah(Waiting in the Wings)
The Cell Theatre - New York, NY.
Off-Broadway production starring Emmy nominee Jackie Hoffman and Kelly Kinsella, the set consisted of creating the backstage wing of a community theatre during a production of "Fiddler on the Roof", with a constrained time and space the design became about finding the essential, I also had fun playing with perspective and placing elements in a unnatural layout. Directed by: Braden M. Burns, Play by: E. Dale Smith, Sound Design: Germán Martínez, Lighting Design: Dan Alaimo, Costume Design: Bobby Goodrich. 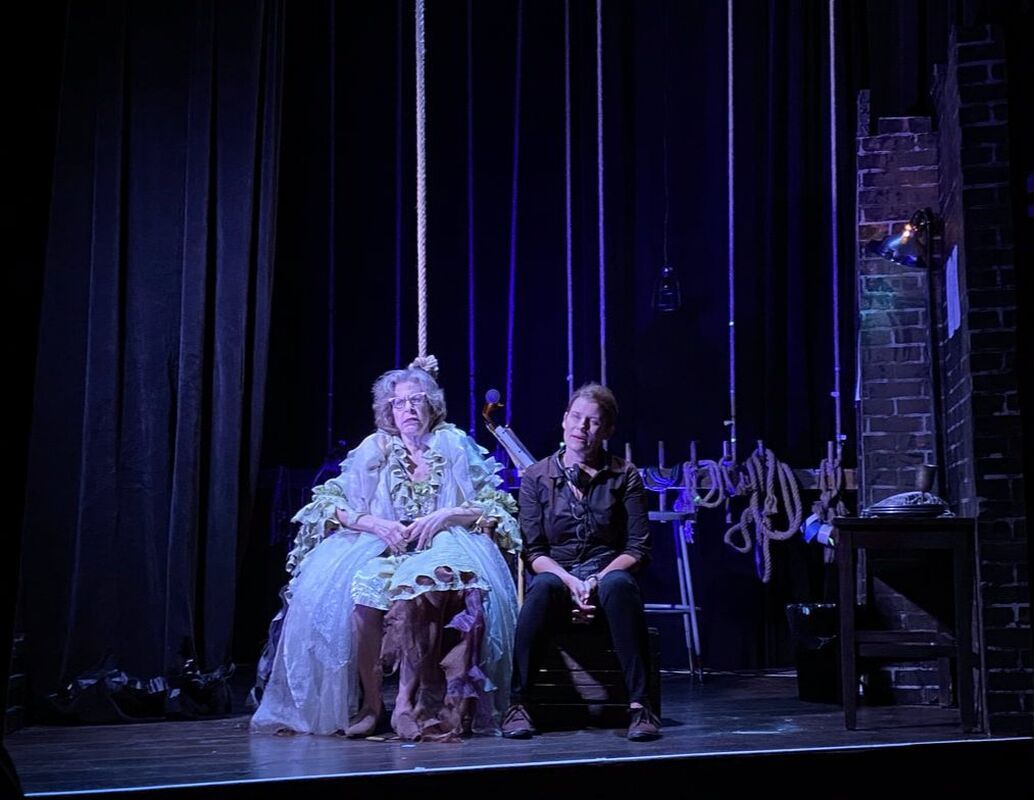 Ragtime
The Lucas Theatre - Savannah, GA
It was a great experience to design for such a big historic theatre, the Lucas Theatre in Savannah, GA. This was such a big show with a very constrained budget and quick turnaround, I approached it with a very simplistic design. Due to an unexpected turn of events, I also designed projections for this one. Directed by: Michael Wainstein, Costumes by Dawn Testa, Lighting by Jordan Wiggins, Musical Direction by Kevin Wallace. 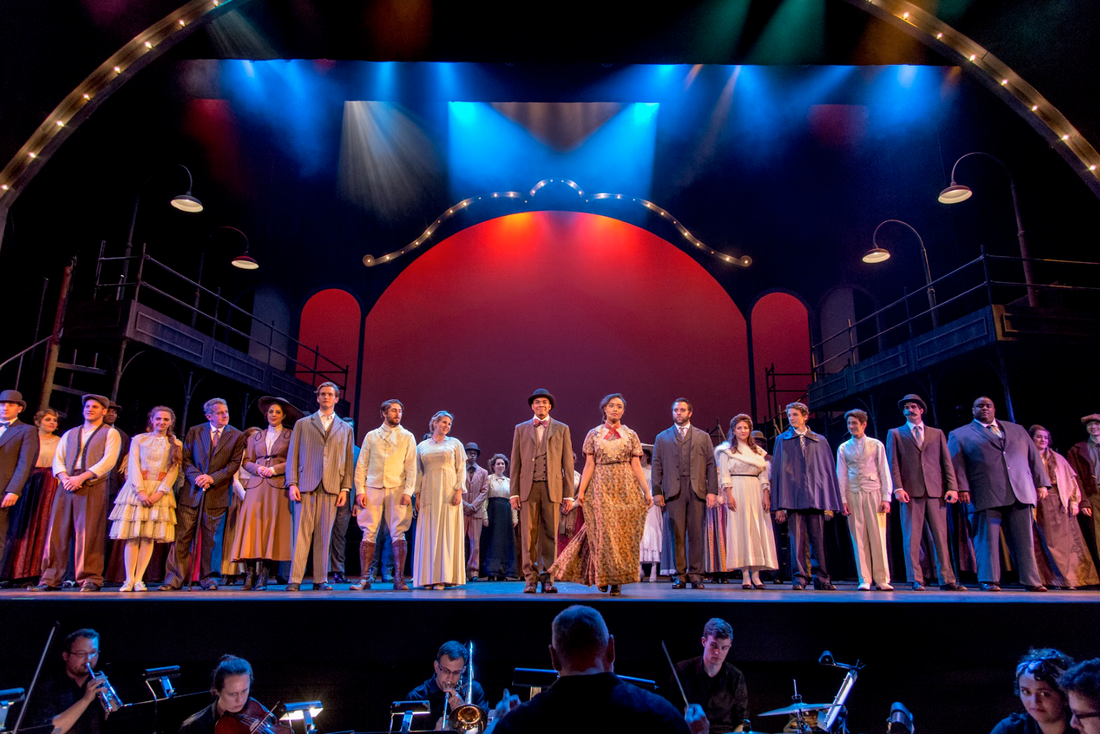 Production Photo, bows after a performance of Ragtime. 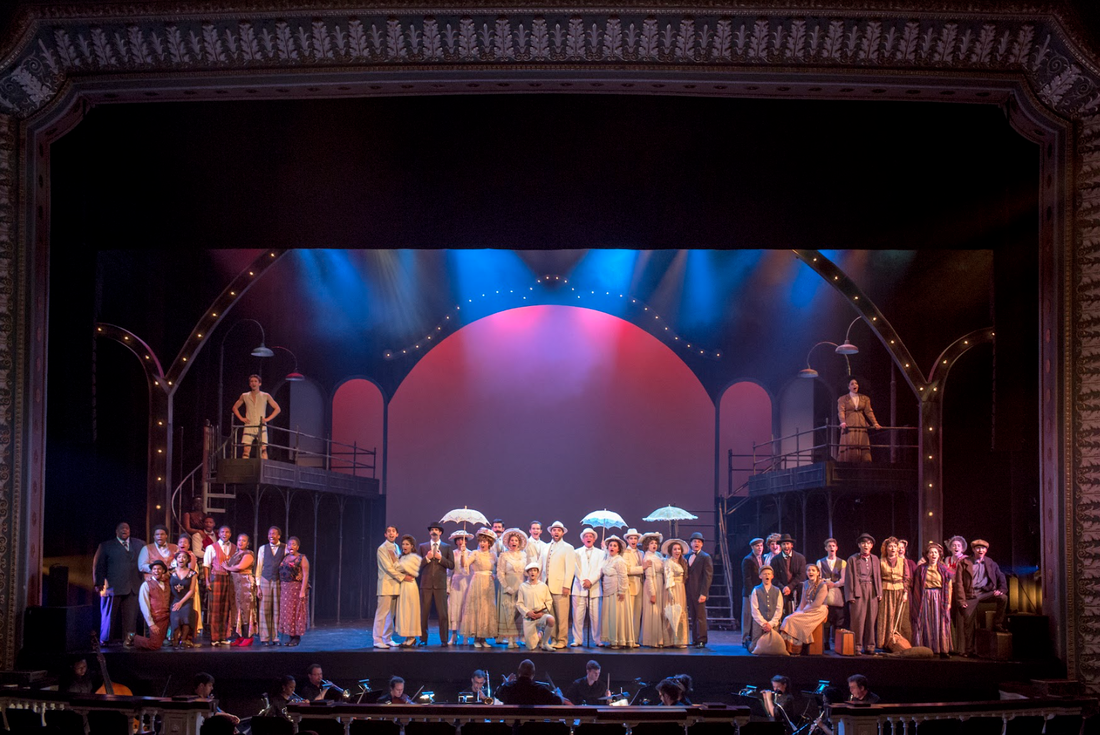 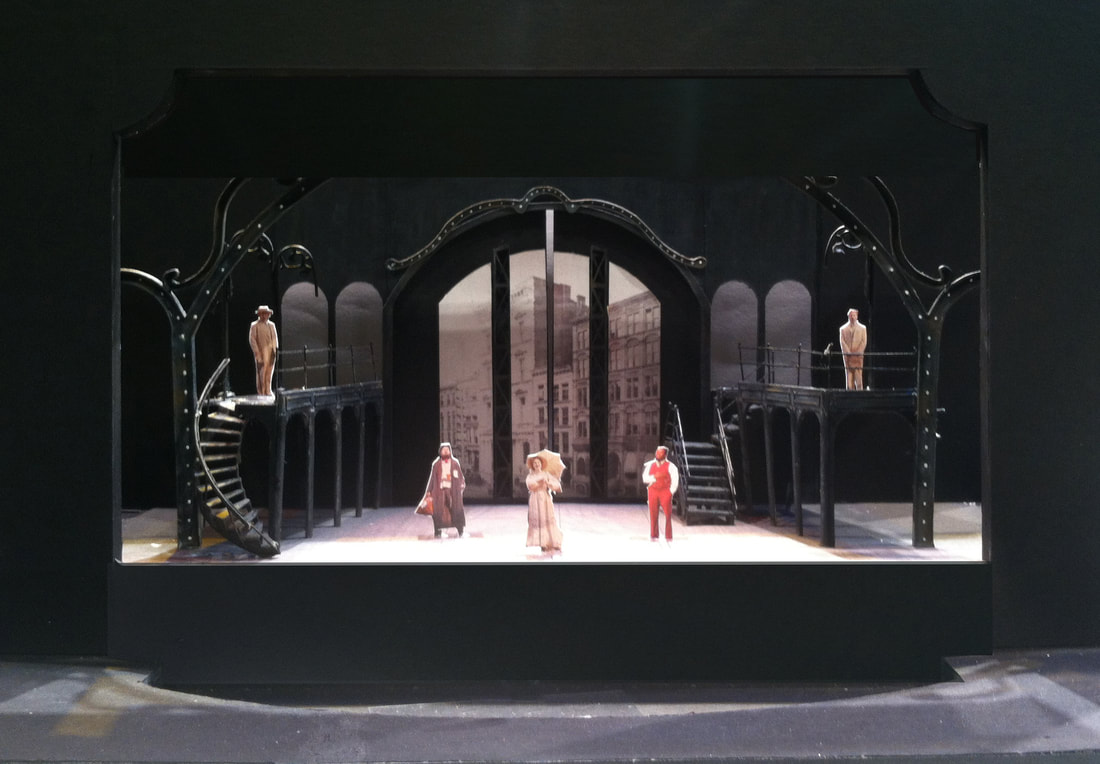 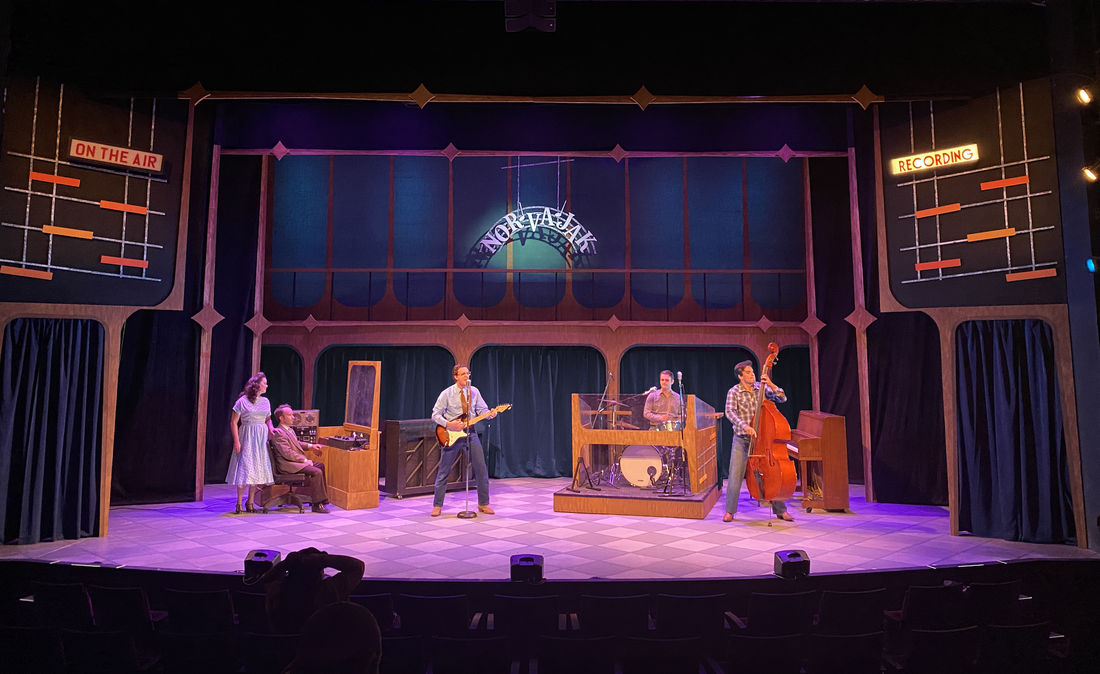 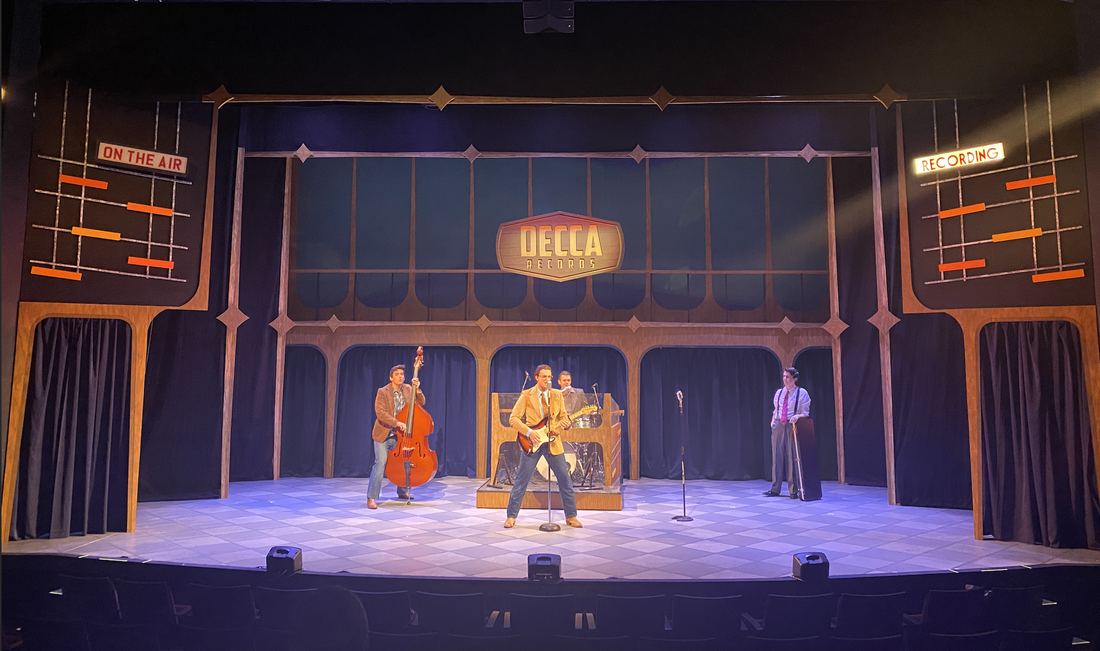 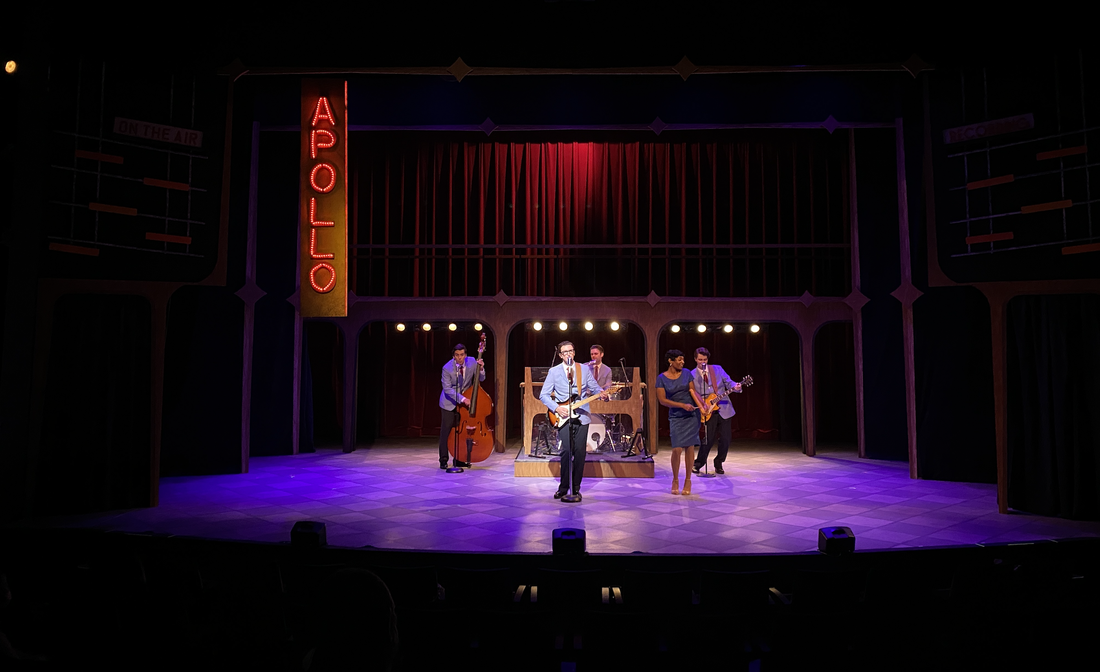 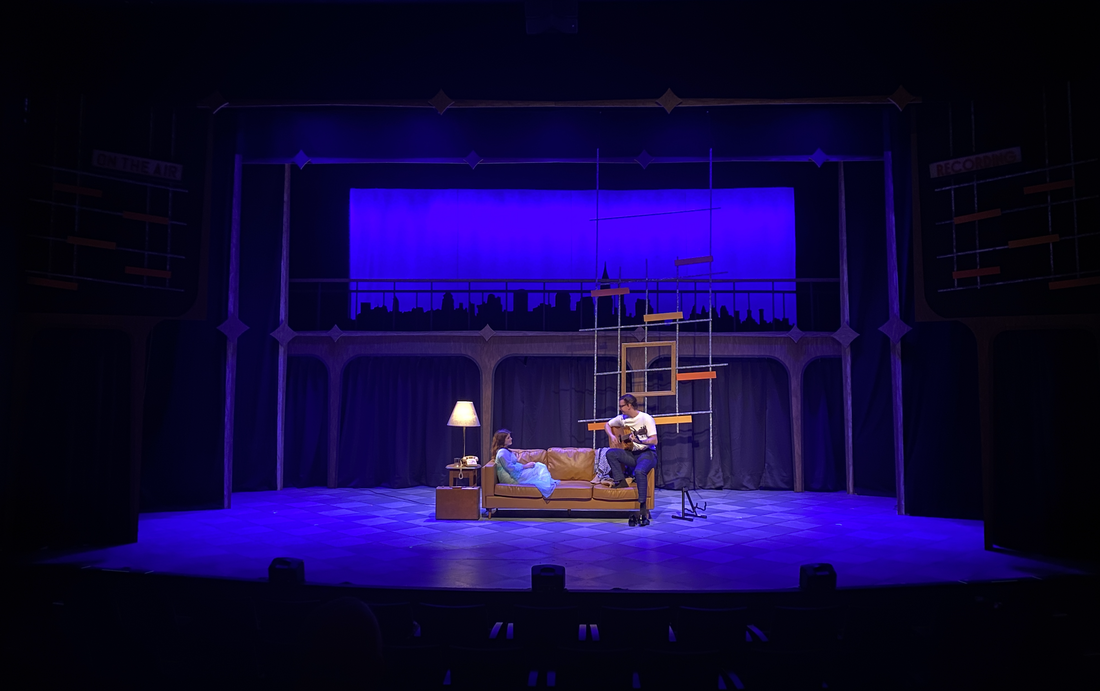 Godspell
The Little Theatre - Queens, NY.
The Director's vision was to have this production set in a warehouse. It was very fun for me to have a design informed by very industrial settings which is something I've always been inspired by. Directed by: Rick Roemer, Costumes by Heather McDevitt, Lighting by Joe Cantalupo, Musical Direction by: Matthew DeMaria 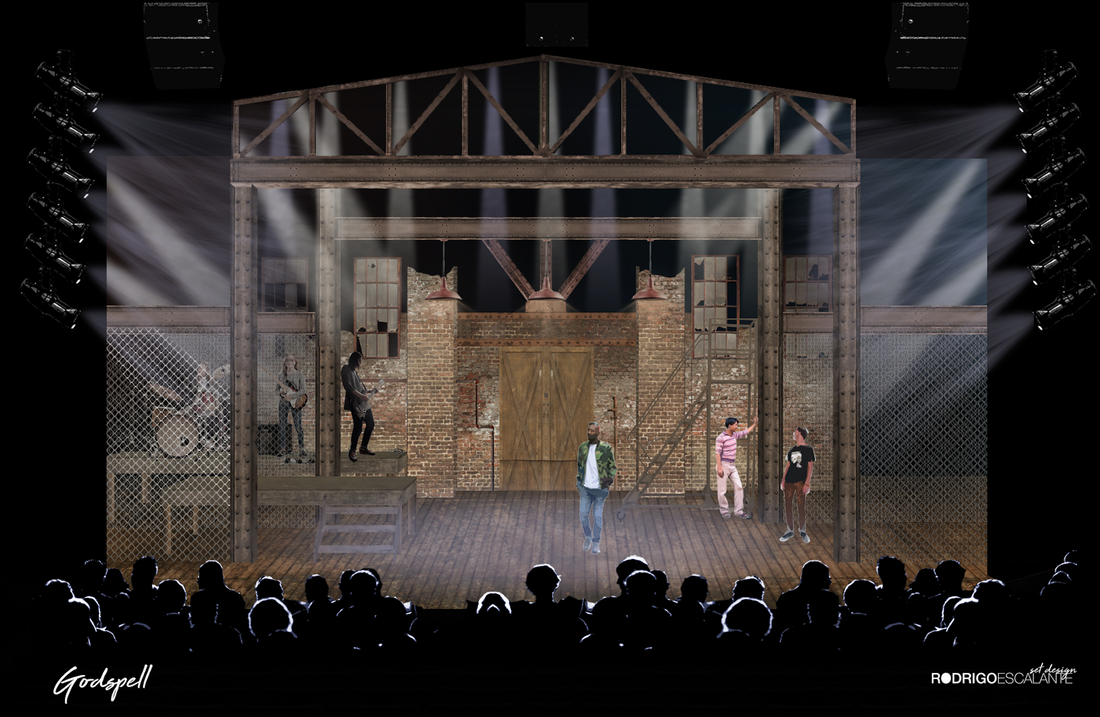 In the Initial design a massive wall was gonna hide the actual back wall of the theatre, due to budget constraints I had to come up with a solution. The solution was to only have a partial back wall that informed the location. 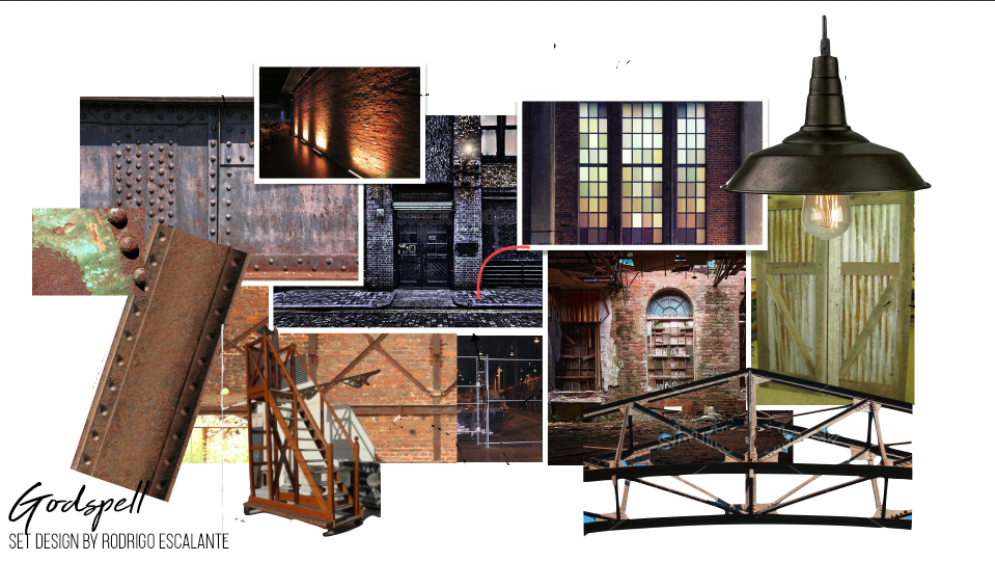 Research/ Mood Board
We Have Apples
West End Theatre - New York, NY.
"We Have Apples follows Jane, a quirky 19 year old who is determined to overcome her mental illness and become a successful writer. Paralyzed by the intensity of Depression, Jane's illness personified, Jane is forced to check into a psychiatric facility. In the facility, she bonds with the other patients in a writing group and falls in love with her psychiatrist's son."  Book & Lyrics: Rachel Griffin and Aaron Accurso, Directed by: Gina Rattan, Choreography by: Sarah O'Gleby, Costumes by : Alixandra Eilsen, Lighting by: David Sexton, Sound Design by: Jessica Mcllquham. 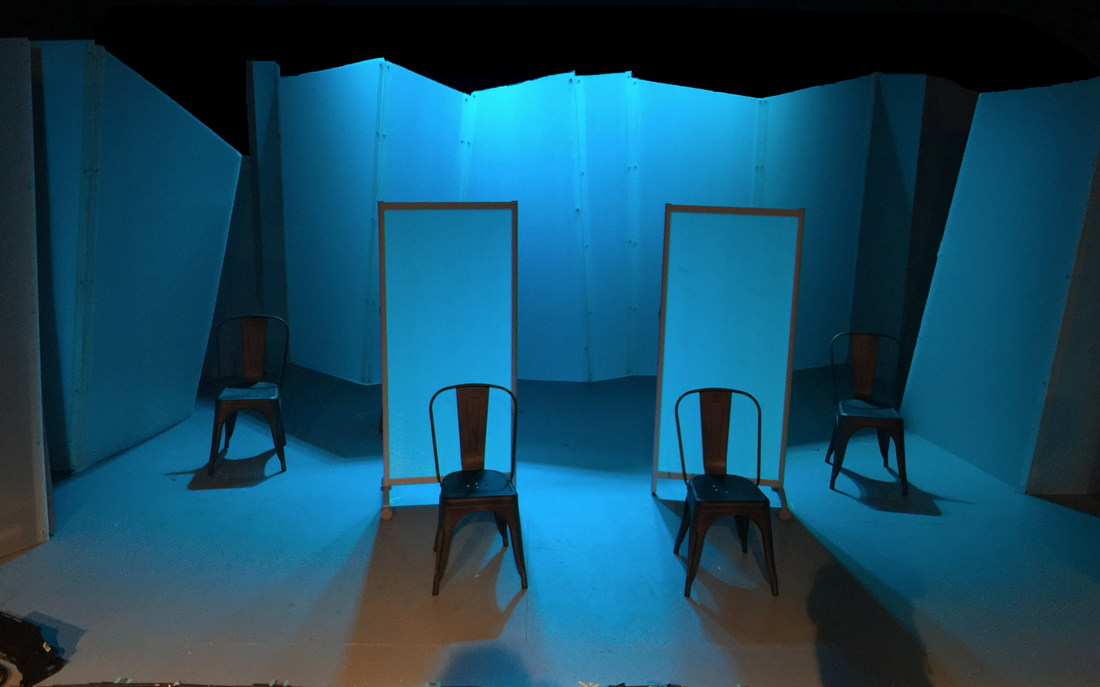 Set before a performance. 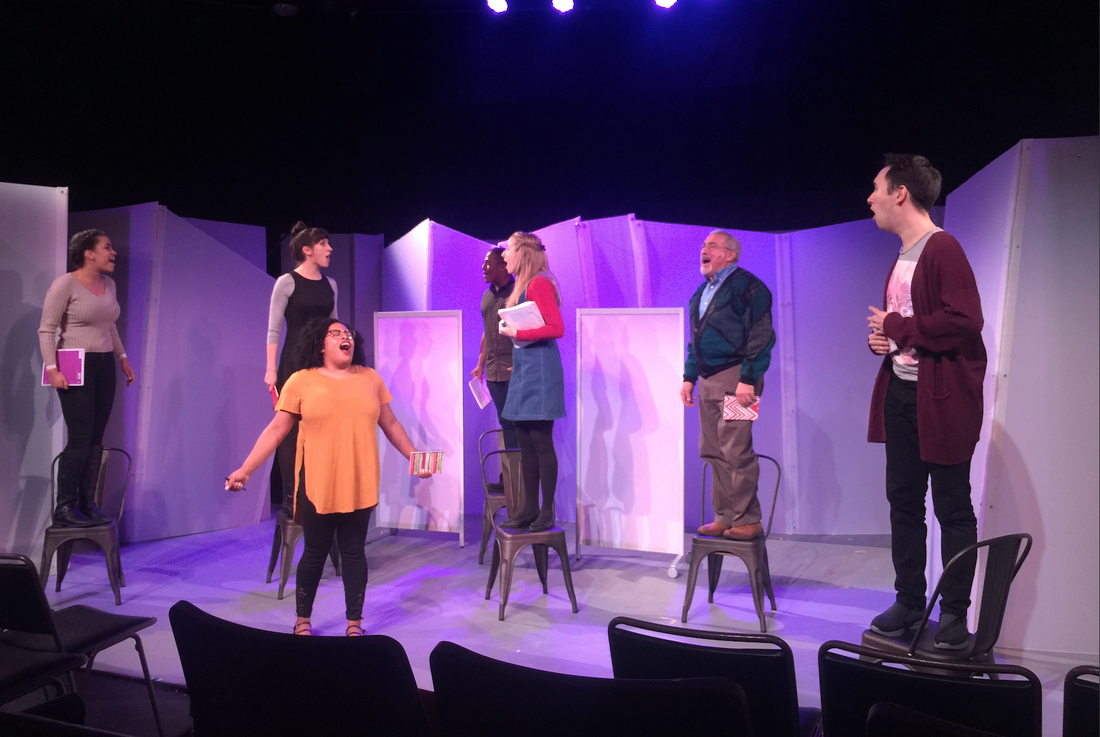 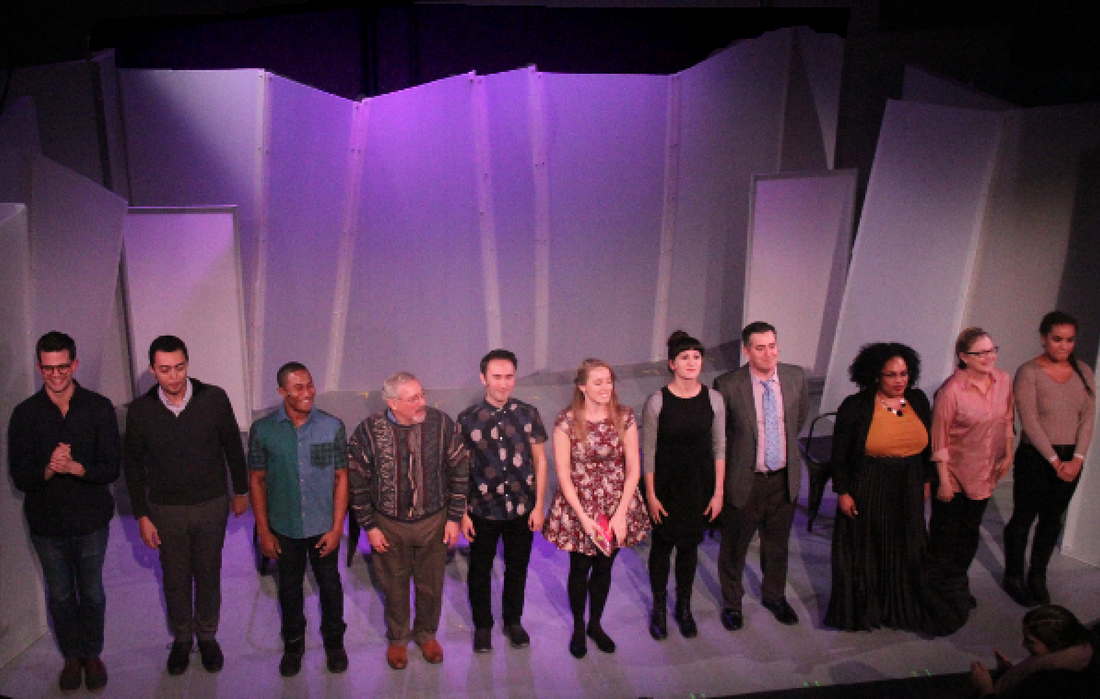 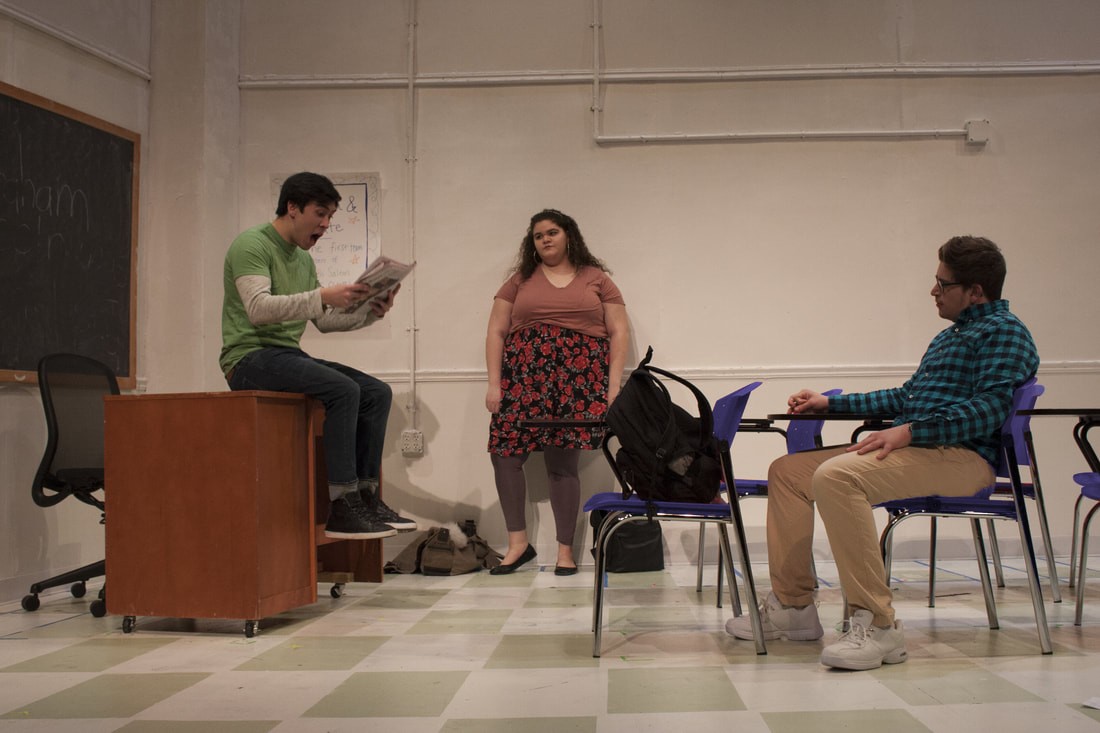 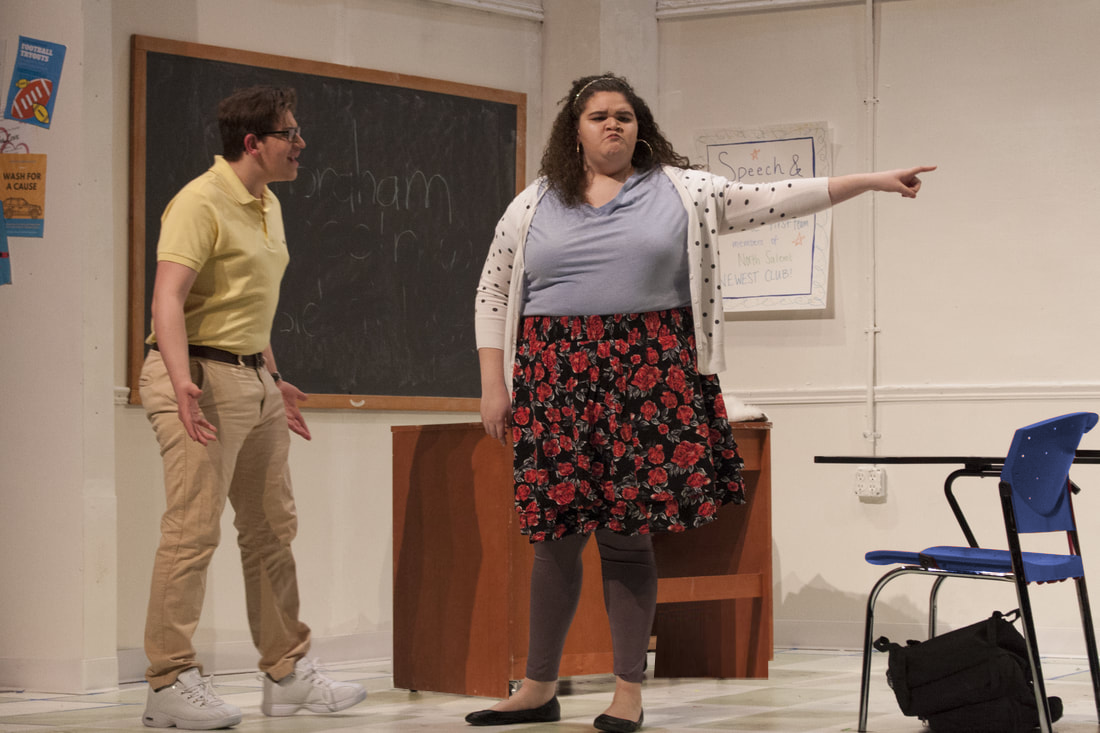 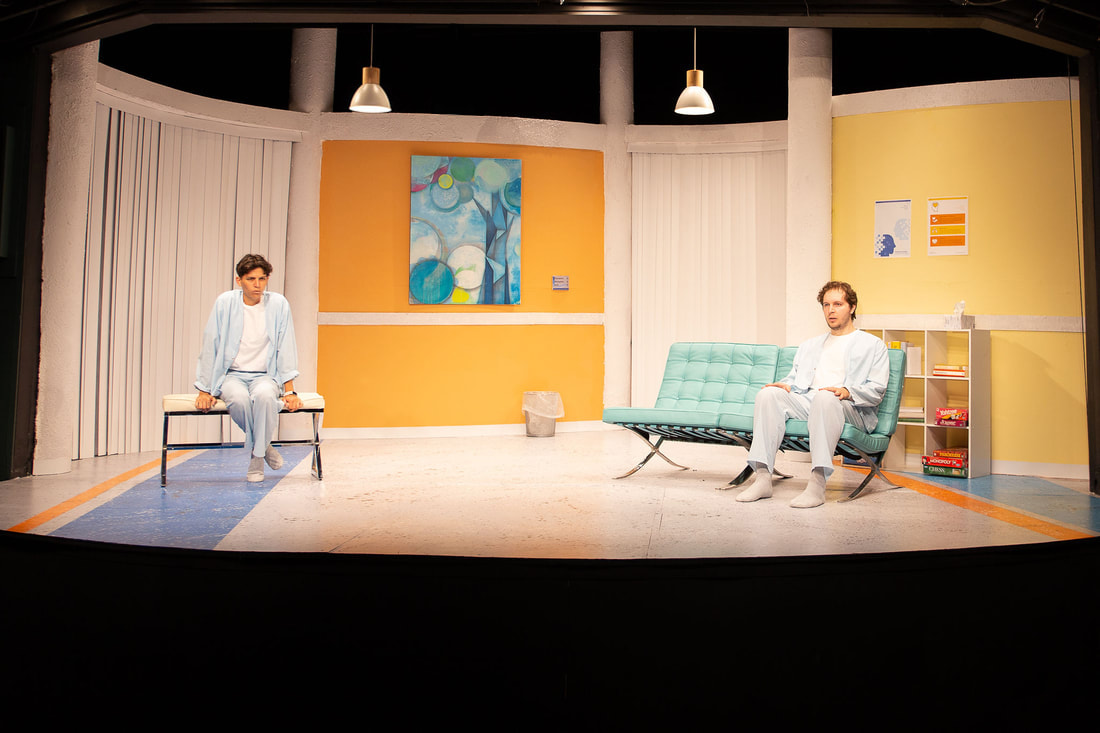 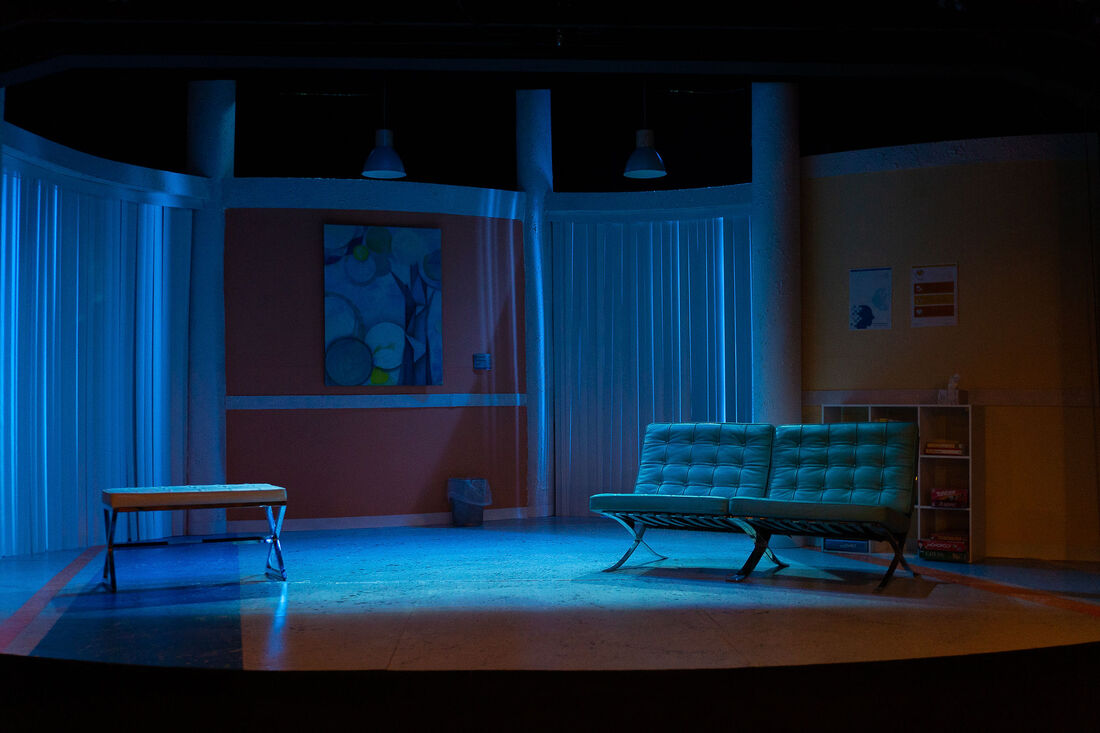 Othello The Remix
​Concept for a new adaptation of Shakespeare's Othello. Set made with repurposed shipping containers that would act as dioramas for the different scenes, the layout of platforms provides easy access in and out of the stage. 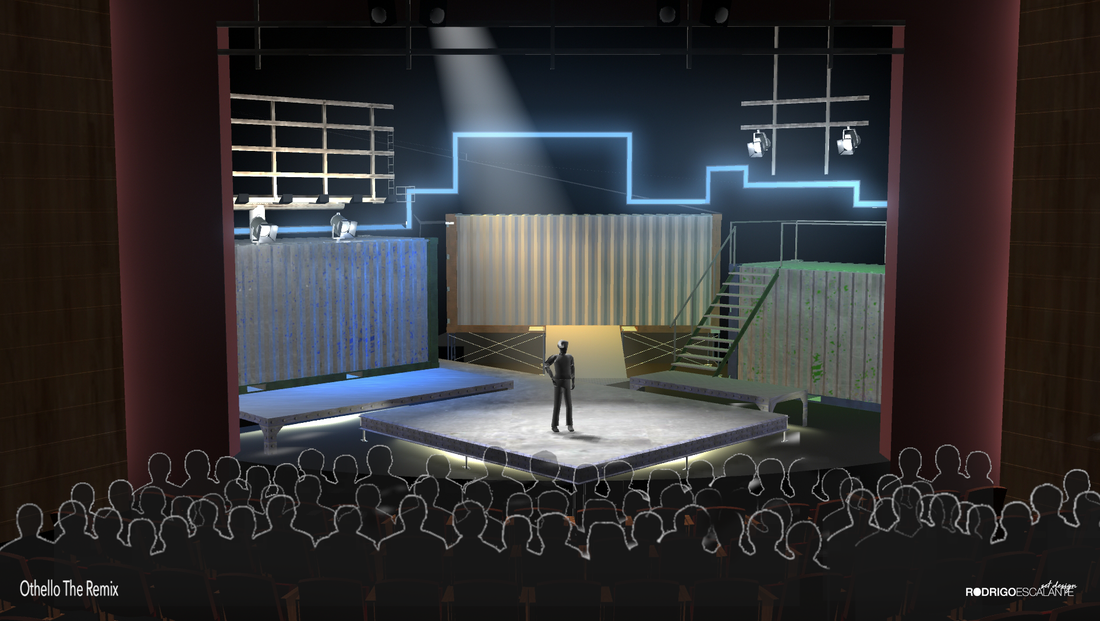 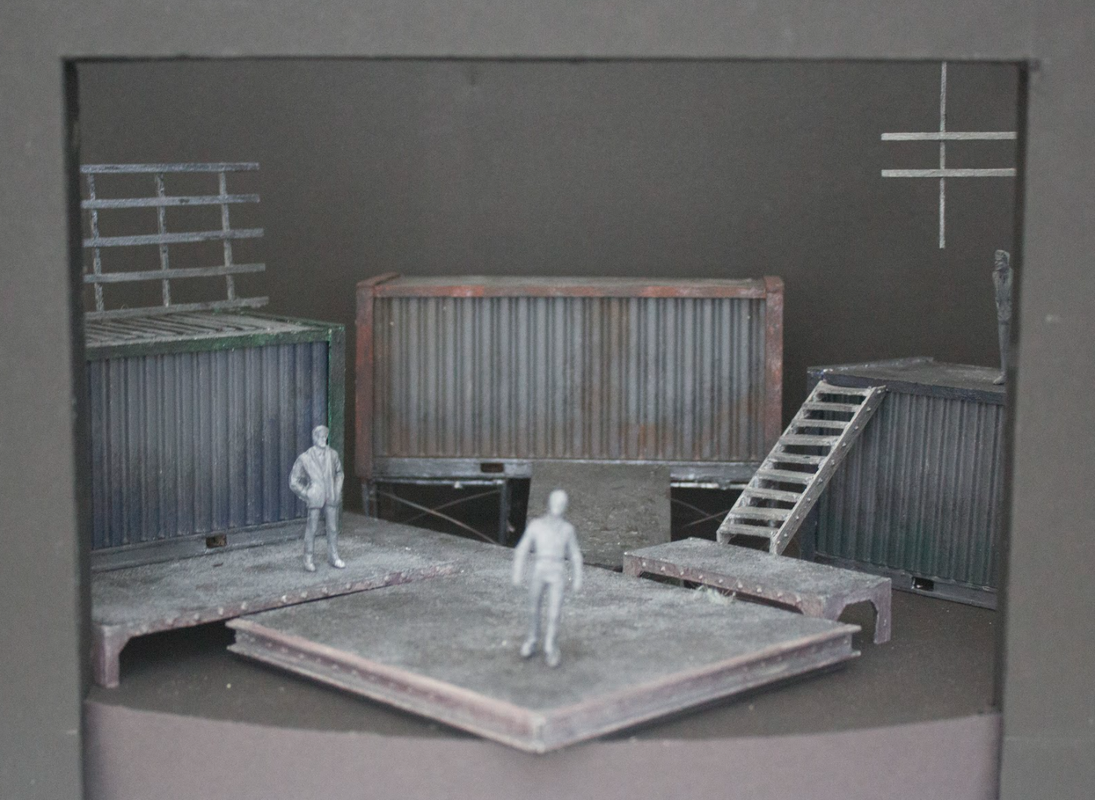 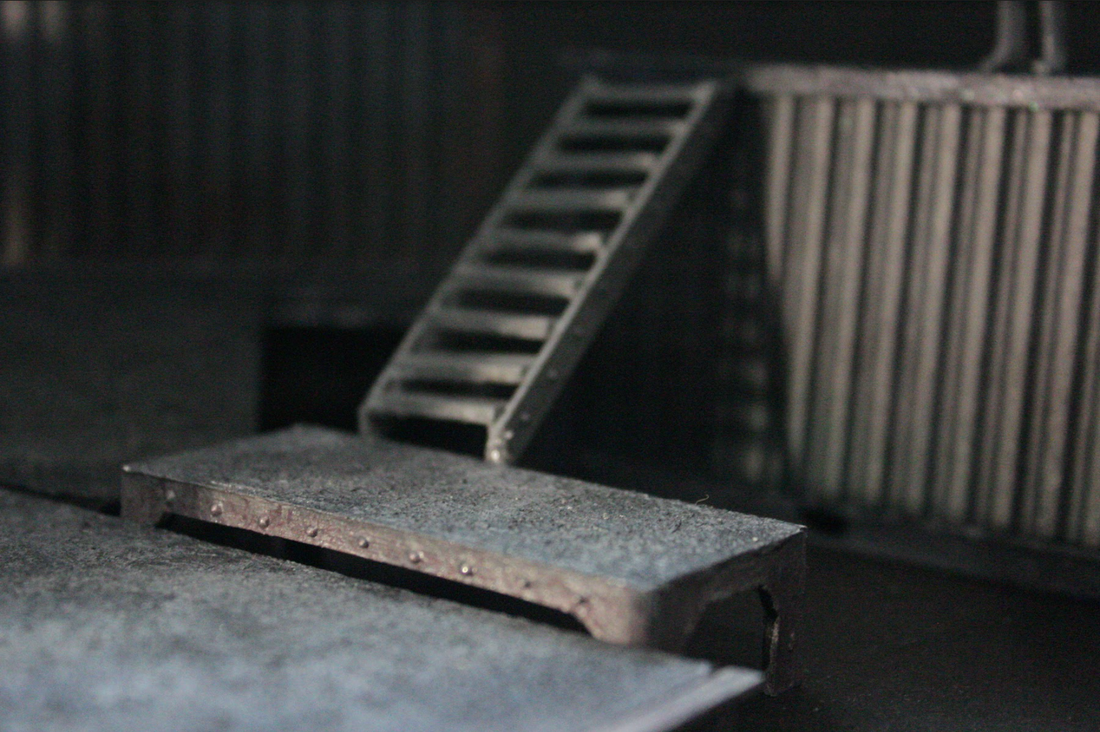 It's all in the details.
Broadcast Set Design
​Practicing 3D rendering skills and design while quarantining at home. 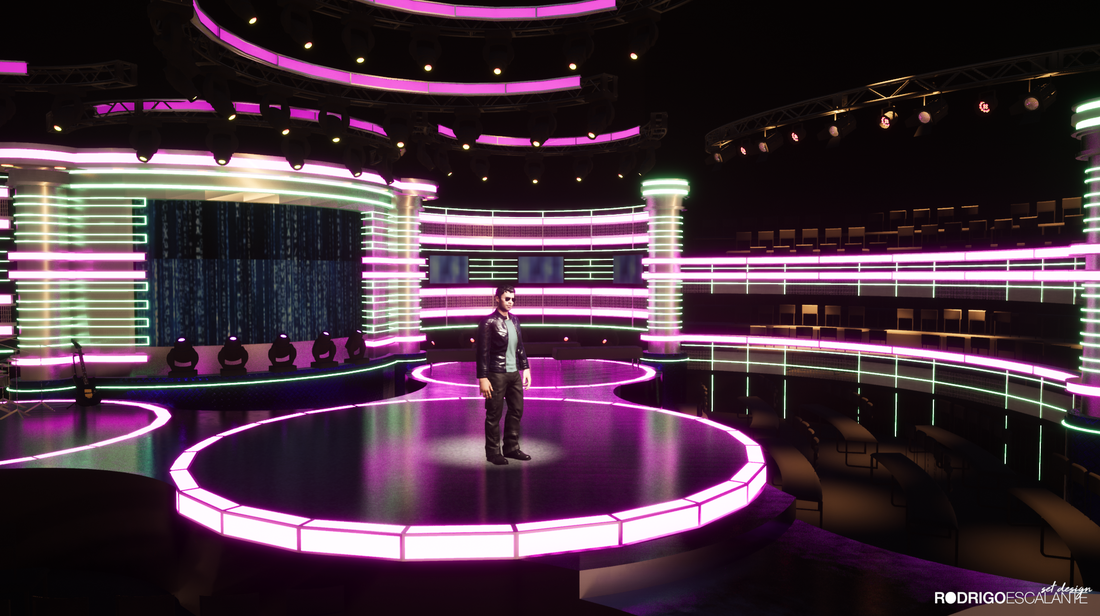 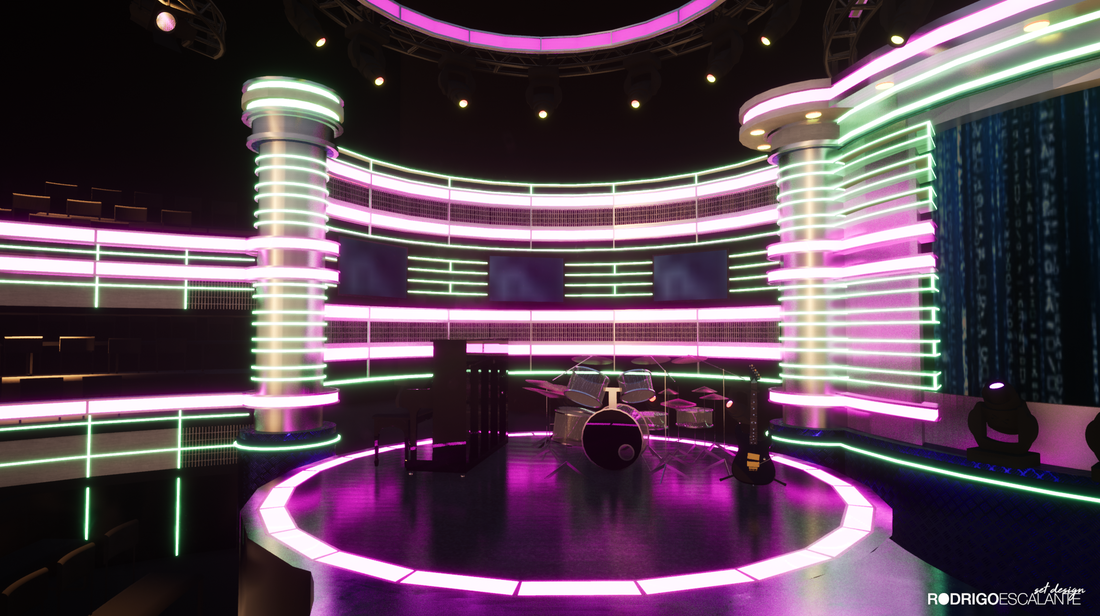 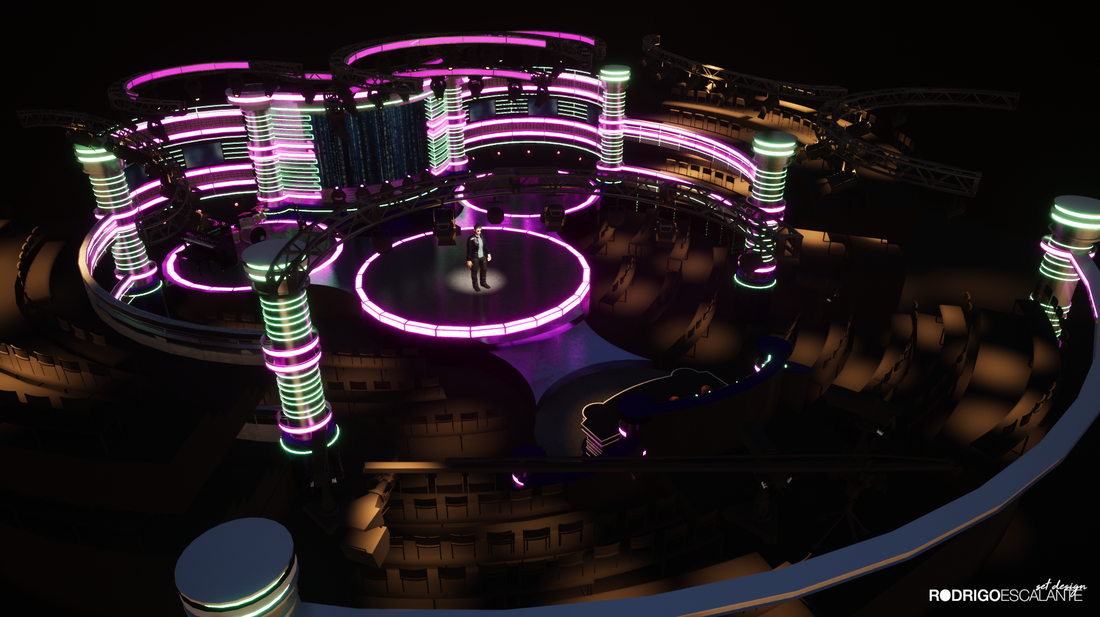 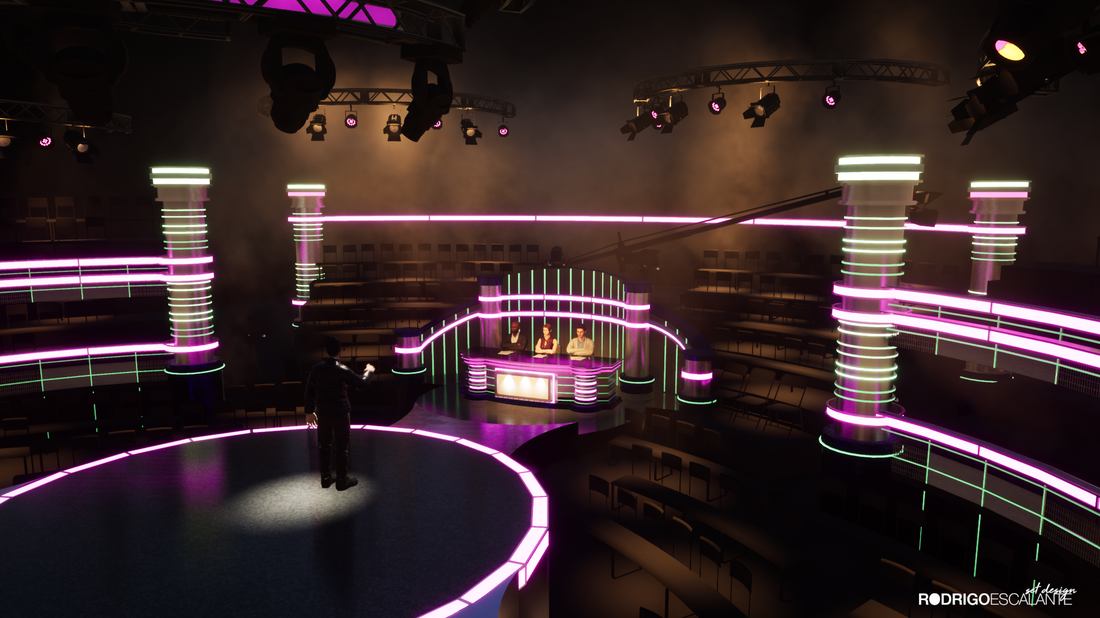